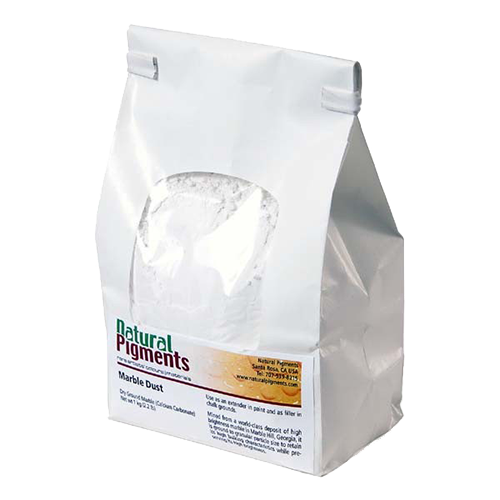 Pure Carrara white marble ground to medium coarse powder. Use this whiting to make grounds, for adding textural and handling qualities to paints, and as filler in lime for the intonaco layer of frescos.

Imported from the world-class deposit of high brightness marble in Carrara, Italy, it is ground to a granular particle size of 0 to 0.5 mm to retain its crystalline shape and high bulking characteristics while preserving its naturally high brightness.

Carrara marble has been famous since ancient Rome; the Pantheon and Trajan's Column in Rome are constructed of it. Many famous sculptures of the Renaissance, such as Michelangelo's David, were carved from Carrara marble. For Michelangelo, at least, Carrara marble was valued above all else, except perhaps that of his own quarry in Pietrasanta. Marble Arch in London and the Duomo di Siena are also made from this well regarded stone.

The mineral of the Carrara marble are among the most known Italian minerals. What characterize this mineral is the perfection of the shape of the crystals, its incredible transparency and sharpness. The beauty of this mineral is highlighted also by the white marble matrix that increases and amplifies the colors and the shape of the minerals contained within the matrix.

The Carrara marble quarries have been exploited since more than 2000 years. Carrara marble is very famous for the statuary quality, used by all the most famous sculpturers in the world (Michelangelo, Canova, etc.). The first peak of extractive activity was in the Roman period, during the imperial age the demand for Carrara marble rose since it became the most requested building stone for public buildings. Since then Carrara became synonymous with marble and its marble was requested worldwide for buildings, statues, objects, etc. Until now, about one million tons of Carrara marble is quarried each year.

Marble is calcite formed from limestone with heat and pressure over years in the earth's crust. The pressure causes the limestone to change the particle structure, causing it to recrystallize. Fossilized materials in the limestone, along with its original carbonate minerals, recrystallize to form large, coarse grains of calcite. 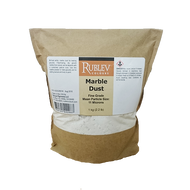 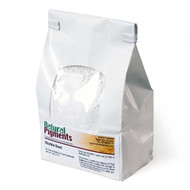 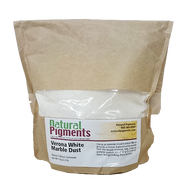 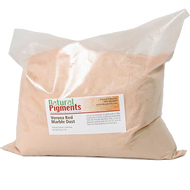 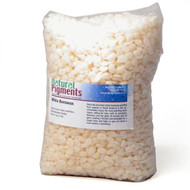